Sports Personality of the Year Award 2015

We are very excited to announce the nominations for William Bellamy's Sports Personality of the Year 2015 are as follows:

Kayla Year 6 pupil. Kayla has played a crucial role in the girls and the mixed tag rugby teams. She was part of the indoor athletics team who came 4th in the borough finals. Kayla also began training with the girls football team who recently came 3rd in the Monteagle Shield Tournament. Kayla also has enjoyed various other sports this year and has encouraged others to participate.

Tiffany Year 6 pupil. Tiffany is one of our most successful young sports leaders, she volunteers her time to encourage the KS1 pupils to improve their skills and to become more active. Tiffany has been the goalkeeper of the girls' football team for the past two years, her play has improved tremendously, at the recent Monteagle Shield Tournament she made an amazing save in the penalty shootout. Tiffany has played a vital role in the outdoor and indoor athletics and cross country teams, she has also played cricket and hockey for the school.

Taylor Year 6 pupil. Taylor has grown and matured over the past year. He has taken his role as athletics captain very seriously and is also seen to encourage his team. Taylor is a responsible and helpful young man, he is able to set up, organise and deliver small activities. Taylor can always be relied upon and is a fantastic young sports leader. Taylor is an all round sportsman. He is part of our 9 aside, 7 aside, 6 aside football teams, he is part of the indoor and outdoor athletics team, he has also represented the school in tag rugby, cross country, hockey and cricket.

Libby Year 5 pupil. Libby has completely inspired the PE staff this year. Her complete determination and home learning for PE has meant that her performance has improved at an amazing rate. Through her self-discipline she worked her way through the trials into the main teams in athletics, girls' football, tag rugby and cross country. Libby has been a fabulous member of the sports teams, she is a kind and helpful pupil who takes her role as a Young Sports Leader very seriously.

Aridas Year 6 pupil. Aridas has really surprised us all this year. Through his role as Young Sports Leader he has become one of the most trusted and sensible leaders. The children in KS1 really enjoy his help. Aridas has improved his skills in many sports this year and due to injury was unable to participate in the outdoor athletics team, even though he was injured he came along to support his team, this showed great maturity. Aridas has also represented the school in cross country, basketball, football, hockey and cricket.

Elizabeth Year 6 pupil. Elizabeth is an amazing athlete, her energy and determination is truly unique. Elizabeth has had so many sporting successes this year. She was part of the medal winning cross country team but also came 3rd place out of all borough girls, this is an amazing achievement. Elizabeth has earned her place as a defender in the 9 aside football team as well as being a crucial player in the girl's football team. The long distance relay race was truly overwhelming, her coolness and concentration in that of a true athlete. Elizabeth has also been part of many other sports teams this year. 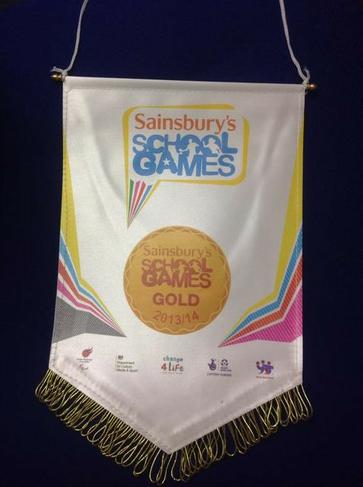 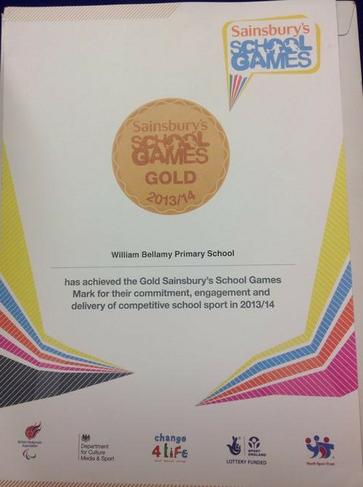 A message from Sainsbury's School Games.

Congratulations on your recent success, achieving Gold of the Sainsbury's School Games Mark.

The Mark rewards schools for their commitment to, and development of, PE, school sports clubs and competitions.

This Mark award recognises the hard work that you and your staff have undertaken to ensure all young people have access to a wide breadth of sports opportunities within the school.

Without your continued drive and enthusiasm we would not be able to sustain the impact that sport has on young people and we thank you for this.

Secretary of State for Culture, Media and Sport

Secretary of State for Education

Secretary of State for Health

Improving activities in the playground 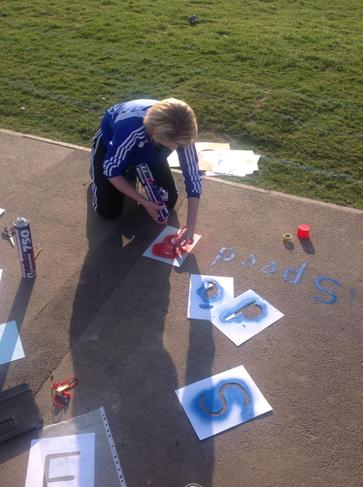 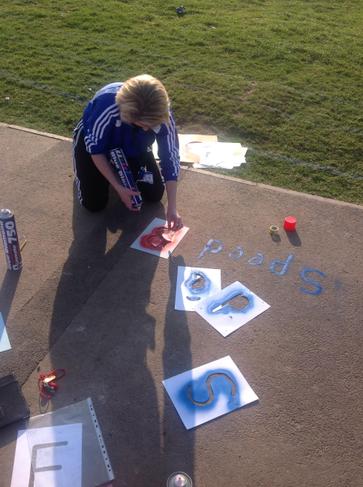 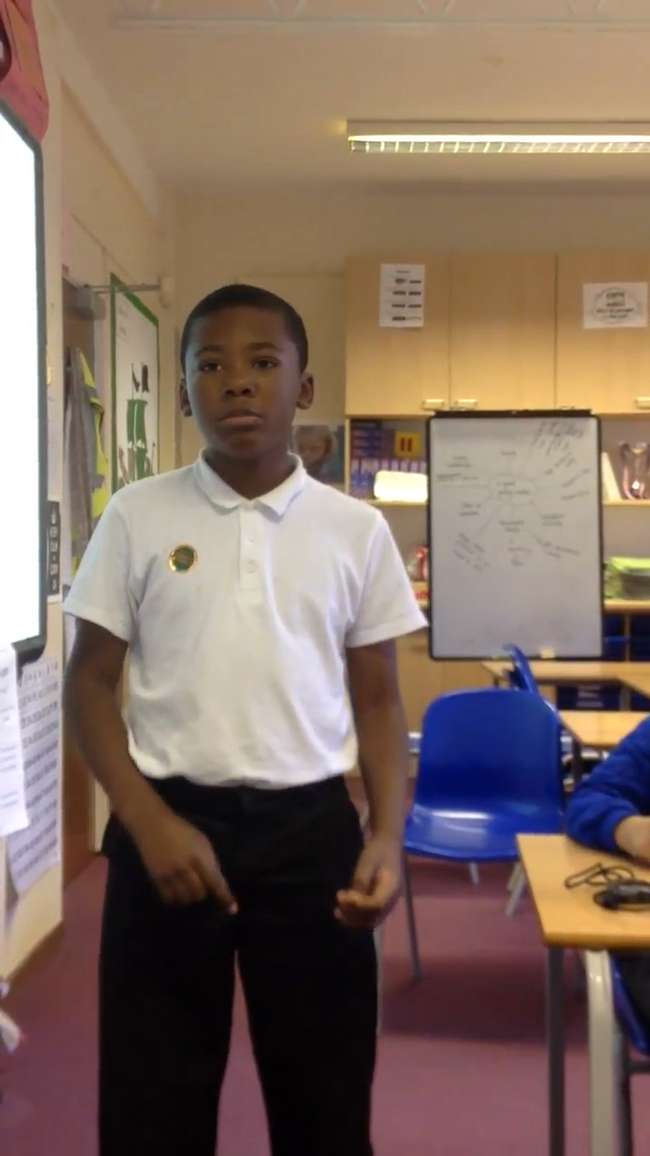 Being a Young Leader 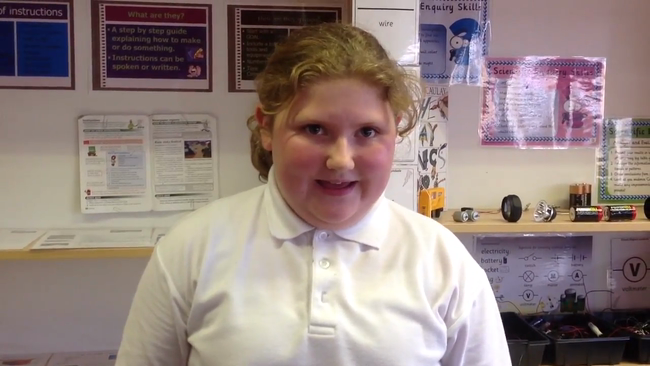 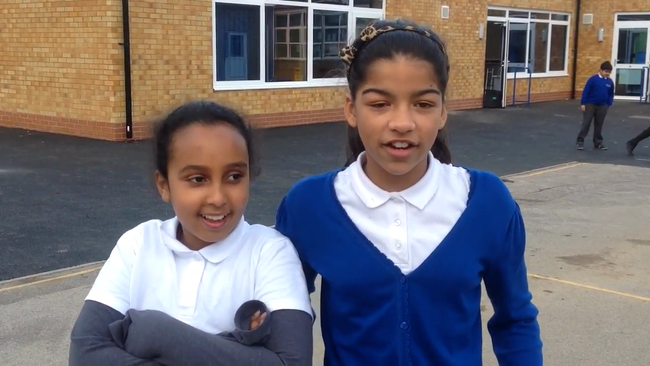 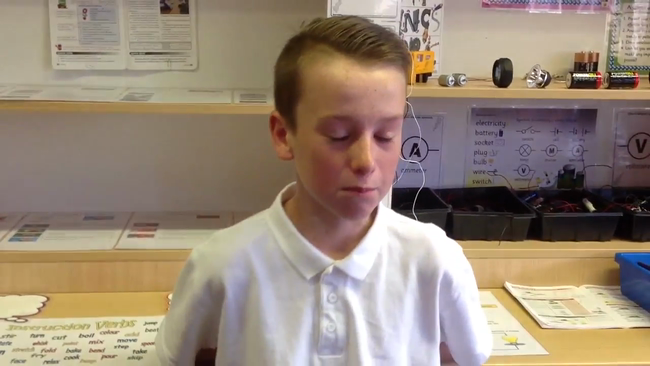 I am a Young Leader 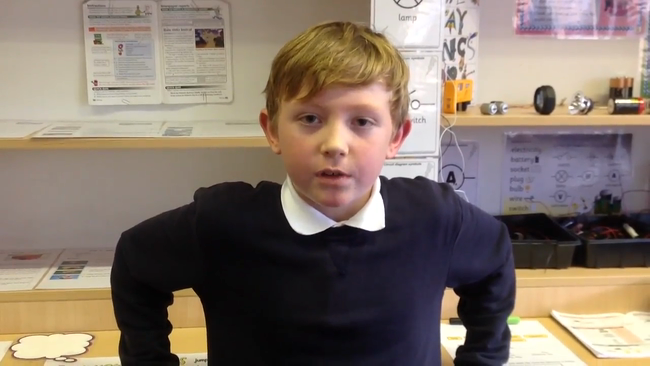 Our pupils have been learning about the qualities and skills a good young leader should have. The children worked together to explore different senarios and how they would deal with them. They reflected on past situations both in and out of school. The children then created opportunities to use their skills and knowledge.

The classes have created fantastic information leaflets to help others learn about what it takes to be a good young leader.