Use the form above to contact the School Parliament with all your views and suggestions.

We look forward to hearing from you.

Being a William Bellamy School Parliament member is a very important and rewarding job.  MPs have to be good listeners, be able to interact with many different people and also have the skill to be able to implement the changes that they have been instructed to by their peers.  Children will also learn a lot along the way and these skills are transferable to many aspects of their future lives.

Why do we need a School Parliament?

Our Visit to Westminster

To kick start their School Parliament journey, KS2 members took a little trek to the House of Parliament in Westminster.  They went on a guided tour around the House of Lords, House of Commons and even got to see where the Monarchs sat to deliver their famous speeches.

After the tour, the members went on to demonstrate what it's like to be a real MP.  They came up with their own 'bill', debated the 'bill' through the 'House of Commons' and finally voted using the voting system that has been used in Parliament for centuries.  The 'bill' then became 'Law' once it was passed by the members within the chamber.

The children even got to meet Dagenham and Rainham's local MP, Jon Cruddas.  Our MPs even got a chance to ask him some really tough questions, of which he was more than happy to answer.  Check out the pics below to see how much fun they had.

Remember, if you have something that you would like to discuss with your local MP, click here to find out how. 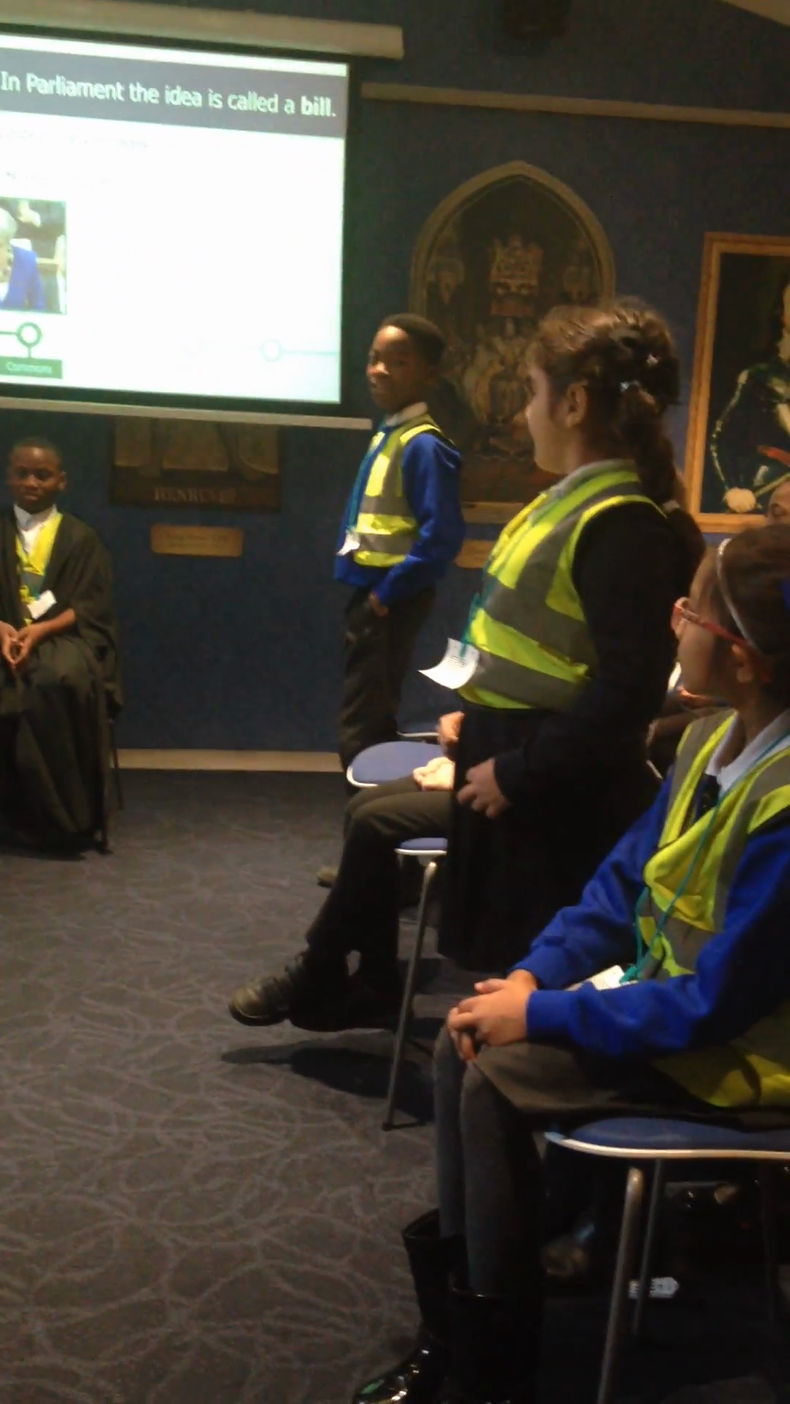